Ahmad Syafii Maarif: The odyssey of an Indonesian Muslim pluralist

Ahmad Syafii Maarif: The odyssey of an Indonesian Muslim pluralist

Ahmad Syafii Maarif was not born pluralist. In fact, he had to travel all the way to the other side of the globe to find what he now believes in.

He discovered the true Koranic Islam, which encourages peaceful coexistence among humankind.

At the time, his age had already passed forty.

"I was late in many things," confessed the 73-year-old Muslim intellectual, who recently won the prestigious Magsaysay Award for guiding Muslims to embrace tolerance and pluralism, speaking at his office in South Jakarta.

Years before he flew to the United States to study Islam and politics, Syafii was just an ordinary young man from a small, unknown district called Sumpur Kudus in West Sumatra.

Living in a quiet and poverty-stricken district, he never dreamed of becoming a Muslim leader, intellectual and champion of pluralism in the world's largest Muslim country.

He thought he would probably end up becoming a trader just like many of his childhood friends, with whom he shared a romantic lifestyle in his idyllic village -- farming, fishing in rivers and watching cow-fighting competitions.

His life took a twist when his senior, Sanusi Latief, took him to Java to continue his studies at Mu'allimin Yogyakarta, an Islamic boarding school run by Muhammadiyah, the country's second largest Muslim organization.

At that time, Indonesia was a young, hopeful nation and was about to hold its first democratic elections in 1955.

Like many of his Muhammadiyah fellows and other intellectualized Muslims, including the late Nurcholis Madjid, Syafii was infatuated with the Islamic party Masyumi, which was led by the charismatic thinker Mohammad Natsir.

"I think I was a hardliner, but I never supported violence. I was a hardliner because I was fighting for the creation of an Islamic state, though at the time I believed it had to be carried through peacefully, using democratic methods," he said.

"But that was part of my past."

During those tumultuous years, Syafii, then a vigorous young activist, often wrote articles in magazines expressing his support for Masyumi, which later after studying in the United States he criticized for often failing to base its political decisions on valid and accurate sociological data.

When the party was disbanded, along with the demise of the Indonesian fledgling democracy, with the rise of Soekarno to almost-absolute power with his "Guided Democracy", then Syafii still held onto the idea of an Islamic state as a panacea for all the troubles facing humankind.

He then brought the idea to the United States in the late 70s and early 80s, but only to discard it after encountering Pakistani thinker Fazlur Rahman -- the most influential person in the development of Maarif's Islamic and political thought, who was then a lecturer at Chicago University.

After attending his lectures for a few months, according to his autobiography, Syafii could no longer ask his rhetorical question, "Professor Rahman, please give me one fourth of your knowledge of Islam, and I will convert Indonesia into an Islamic state".

It was during his discussions with Rahman that he was able to get off "the path of fundamentalism which was filled with flaming spirit but empty from deep, contemplative thoughts".

"I have never found the term *Islamic state' in the Koran or in any Islamic classical literature. This term was made in the twentieth century. If there is no reference to it in the primary sources of Islam, why do we have to fight for it?" he said.

Upon returning to Indonesia, many of the radicalized heirs of Masyumi were angry at him, accusing him of betraying the political ideas of Natsir and being an agent for the U.S. to weaken Islam from within.

This xenophobic allegation prevails until now, but he remains undeterred in fighting for what he believes in; mutual coexistence and social justice, which are far beyond the vague idea of an Islamic state or caliphate.

"The thought transformation occurred after a great intellectual struggle. We learned and contemplated deeply about Islam," he said, referring to himself and other Muslim scholars.

He explained that Rahman actually never abandoned the idea of an Islamic state and that Syafii developed his own thoughts using the "ingredients" of Rahman's progressive thoughts, known among academics as Islamic Neo Modernism.

Seeing himself as an intellectual-activist, Syafii stood between two great Indonesian Muslim scholars -- the late Nurcholis Madjid, known as Cak Nur, and Amien Rais, both of whom were also students of Rahman in Chicago.

As an intellectual, he seems to be closer to Cak Nur, while as an activist, he had long been a close friend of Amien, his predecessor as chairman of Muhammadiyah.

Cak Nur passed away in 2005, while Amien turned to practical politics after the fall of the New Order, leaving his post in Muhammadiyah to Syafii.

"Amien has changed so much now; the three of us are intellectually getting closer," he said.

Syafii not only abandoned the idea of an Islamic state. In the eyes of people who know him -- regardless of their faiths -- he is the icon of Islamic pluralism, a true defender of Pancasila and a beacon of hope for Indonesian democracy in which everybody, even atheists, can have equal rights.

Yet, he is aware of the challenges the country is now facing, such as extreme poverty, conservative edicts that are counterproductive to religious freedom and the exploitation of religious symbols for worldly purposes.

After leaving the Muhammadiyah leadership in 2005, he now has more freedom to respond to these challenges by regularly writing articles for a number of the media, just as he did when he was a young activist.

Unlike the elusive Cak Nur, Syafii is more blunt in expressing his opinions, believing that poverty is the mother of radicalism and seeing its eradication as crucial to curbing terrorism.

The Indonesian Ulema Council (MUI), he suggests, has to be more progressive in seeing contemporary problems and be more contextual in issuing edicts.

At the same time, he will never stop criticizing the people who "praise Pancasila in words and betray it by their actions".

What he has been doing, he humbly says, is insignificant compared to the prestige the Magsaysay Award has given to him.

Yet, Syafii has become a beacon of inspiration for the younger generation to foster tolerance and to combat bigotry in any form.

He praises young Indonesian Muslims as progressive, heralding a bright future for the country's pluralism and democracy.

Islamic radicalism is ahistorical, he says, it has nothing to offer and its supporters are now suffering from internal conflicts.

"It is just a matter of time for the demise of the fundamentalist groups," he said, optimistically. 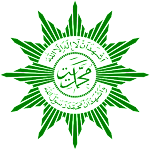